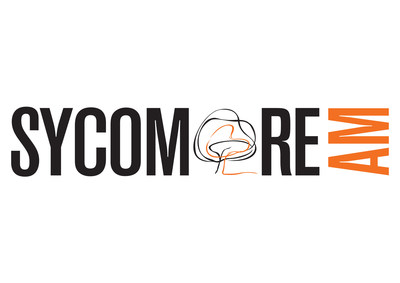 PARIS, April 9, 2021 /PRNewswire/ -- Sycomore AM has been a shareholder of ASTM S.p.A. ("ASTM" or the "Company") since December 2019. As of close of business April 8th 2021, Sycomore AM holds in aggregate c1.43m shares of ASTM through various funds representing 1.02% of the share capital of the Company.

We are writing this open letter to express our concerns regarding the opportunistic voluntary tender offer ("VTO") for all the ordinary shares of ASTM launched by NAF 2 S.p.A. ("NAF 2" or the "Offeror"). Through the combination of an inadequate offer price and a coercive process, NAF 2 is trying to force the hands of minority shareholders by turning them into forced sellers at a low price, which implies a significant wealth transfer at the sole benefit of the Offeror and is highly detrimental for those minority holders.

ASTM owns highly valuable assets and its intrinsic value has increased (not decreased) thanks to its regulatory regime and recent corporate actions.

The Covid-19 crisis has been detrimental to traffic and the P&L in FY20 but should only have had a very modest impact to the intrinsic value of its assets as ASTM domestic motorways concessions operate under a specific economic regulation which includes a "rebalancing" mechanism.

On top of it, over the last 18 months, management has successfully transformed ASTM through a series of thoughtful and successful corporate actions[1] that have led to (i) a simplified structure with only one listed entity and the removal of earnings/cash leakage; (ii) a lengthened maturity profile from c4 years to c12 years (once all corporate actions are completed); (iii) a diversified geographic profile with 25-30% of EBITDA/EBIT from Brazil; and (iv) a doubling of the earning power from 1.31€ EPS in FY19 to c2.75€/s on a FY19 Pro-Forma basis (which we think is recoverable in FY22).

Although not ASTM specific we also take note of recent positive developments with a new Italian government formed by former Mario Draghi, former ECB President, which should help stabilise/reduce the political risk and the abating regulatory risk around motorway concessions with the ASPI situation likely to be sorted out in a not too distant future (CDP official bid and recent expression of interest from ACS).

We believe the offer is highly opportunistic as the main shareholder is using financial leverage (the transaction is effectively a LBO) to unduly take advantage of the weak share price performance since the outbreak of Covid-19 crisis (vs more stable or even improving fundamentals) at the expense of minority shareholders.

At the 25.6€ offer price and taking into account the various corporate actions announced and/or closed, we believe that ASTM is valued at 5.6x EBITDA FY19PF (recoverable in FY22) which is (i) a c35% discount vs peers[2] (c8.6x EBITDA); (ii) a c15% discount to its own history (c6.5x EBITDA) while ASTM has now a much improved profile warranting a higher multiple; and (iii) a c25% discount vs c7.4x "like-for-like" multiple (ie adjusted for the difference in maturities) implied by CDP consortium bid for ASPI (€9.1bn for 100% equity) while ASTM assets are much better invested. We also note that this datapoint is further supported by the recent expression of interest (received by Atlantia on April 8th 2021) from ACS, the Spanish infrastructure group, with an indicative valuation of 9-10bn€ for ASPI which would imply and EV/EBITDA FY19 at 9.6-10.1x translating into 7.4-7.8x when adjusted for ASTM shorter maturities.

Based on our analysis, we believe the standalone fair value is around €37/s which is based on a below sector average 7x EBITDA for Italian motorways, 5x EBITDA for the combined EPC/Technology divisions and conservatively[3] accounting for EcoRodovias at market value (based on spot share price and foreign exchange). The adjustments from EV to EqV are based on the last available balance sheet at 31/12/20.

The offer price is also at a significant discount to the insiders' educated view of intrinsic value. When Ardian acquired its 40% stake in Nuova Argo Finanziaria in August 2018 (equivalent to a 23.4% stake in ASTM on a look through basis), it entered on an implicit ASTM value of c37€/s.

Finally, we would assume that none of these highly relevant reference points incorporate a controlling premium that would come on top of these standalone values.

Albeit completely legal, the structure envisaged by the offeror is highly problematic regarding the protection of minority shareholders' interests.

If not achieved as a result of the Offer, the offeror intends "to achieve the Delisting, subject to approval by the relevant corporate bodies, by means of a merger by incorporation of the Issuer into the Offeror (private company), or into another private company of the group headed by Nuova Argo Finanziaria".

As the vast majority of minority shareholders that own ASTM shares in UCITS funds with daily liquidity, we are not allowed to hold onto shares of private companies and our choice regarding the situation can then be summed up as "either get a low price or get shares in a private company that you can't own". The offeror's clear intentions are to turn minority shareholders into forced sellers at an unfairly low offer price.

Along with its FY20 results, the company also disclosed the decision not to pay a dividend "given the persistence of the situation of extreme uncertainty for 2021" and shared its outlook for FY21 where the company expect "volumes and revenues […] in line with 2020 data".

The decision not to distribute a dividend for the second consecutive year is totally inconsistent with additional leverage burden implied by the debt-funded VTO (c1.7bn€ of incremental debt representing 1.3x EBITDA FY19PF and pushing PF leverage to c4x EBITDA FY19). We would deem quite contradictory for the board to at the same time support a continued dividend suspension and also issue a positive opinion on the VTO. Additionally, in the context of the current VTO, we see a clear risk of additional wealth transfer as, if the deal completes, the majority shareholder is unduly appropriating cash kept on the company balance sheet that should have been paid out to minority shareholders through the dividend.

We also note significant over conservatism in the outlook communicated by the company which make us question the soundness of FY21 forecasts shared with the market. Those forecasts are the basis on which the VTO will be assessed by the financial markets, which is all the more concerning in the context of the VTO by its main shareholder. Indeed, a flat performance for FY21 is not consistent with (i) their own assumption of "a recovery of traffic volumes beginning in mid 2021" which points to a +MSD-HSD% growth yoy and (ii) the outlook shared by ASPI (its closest peer that have witnessed very similar trends so far) which expects a +10/23% yoy growth.

Furthermore, we are somewhat puzzled by the choice of valuation methodologies used by the offeror to justify its offer price which seems very biased and inconsistent with a party taking control of the assets. Indeed, the offeror only retained "non-control" valuation methodologies such as (i) a stock quote method (volume-weighted averages of 1-, 3-, 6-, and 12-month), which is arguably not highly relevant for a MidCap with limited liquidity during a year disrupted by one of the largest sanitary crisis of the century, and (ii) the average target prices (published by brokers and investment banks post 20Q3 results), which lacks consistency in terms of model updates and methodologies (some including Covid and/or regulatory discounts, some not fully incorporating the new economic scope of the group with consolidation of Ecorodovias in Brazil). We strongly question the exclusion of the DCF method, which is arguably the most relevant method to value for Infrastructure assets like ASTM, and the listed comparable method, which remains the best way to compare relative valuation of companies within a same sector (not even mentioning the reasons used by the offeror to exclude some peers based on the turnover mix which are irrelevant at best and more likely disingenuous).

We regret the lack of willingness from the company and the independent board members to engage with minority shareholders so far. No conference call was held at time of 2020 earnings release.

In this context we urge the independent board members to carry their duty of defending the rights of minority shareholders they represent and we also urge other minority shareholders not to tender their share at this unduly low price and join us to request a more appropriate consideration for a much improved ASTM in the last 18 months.

The opinions and estimates herein are based on Sycomore AM's judgement and may change without prior warning as may assertions on financial market trends which are based on current market conditions. This document is not an advice, offer or solicitation to buy or sell any financial instrument whatsoever. This document has not been drawn up in line with regulatory provisions in favour of the promotion of independent financial analysis. Sycomore AM is not bound by any ban on dealing in the instruments concerned before or during the dissemination of this document.

[1]  Management has successively (i) merged ASTM with its listed subsidiary SIAS; (ii) acquired a majority stake in SITAF (a very long duration concession expiring in 2050); (iii) renewed for another 11.5 years two existing concessions covering four stretches and representing a large share of Italian motorway EBITDA (albeit A21-A5/A4 still pending recourse to the Council of State) and finally (iv) launched the process to take control of EcoRodovias, its Brazilian listed motorway asset.

[2]  Peers retained are Atlantia, Eiffage and Vinci which have significant exposure to motorway concessions and contracting

Coppa Italia per 40 squadre: solo per Serie A e B